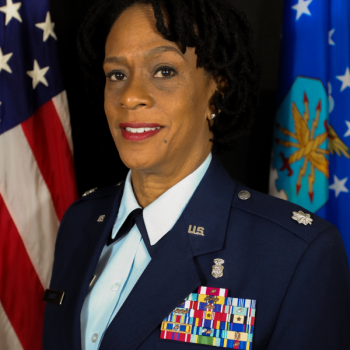 Lieutenant Colonel Starks graduated from California State Polytechnic University, Pomona in 1994 with a Bachelor of Science degree in Engineering Technology. In 2000, she received  a Master of Arts in Education from California State University, Dominguez Hills. In 1997, Lieutenant Colonel Starks received a direct commission in the Medical Service corps after serving as a Biomedical Equipment Repair Technician on active duty and the Air National Guard. Her diverse career has allowed her to command flights in Information Systems, Logistics and Patient Administration, Readiness, as well as serve as a Group
Practice Manager. She has completed a Logistics Education with Industry internship at LMI in McLean, Virginia. Lieutenant Colonel Starks has also had the honor of serving at the 332d Expeditionary Medical Group, as the Aeromedical Evacuations Officer and the Patient Administration Division, officer in charge.